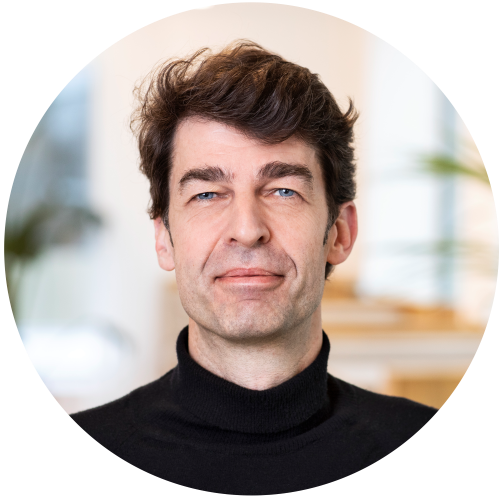 Reginald joined Agomab as head of research in February 2022. Prior to this role, Reginald was VP of drug discovery at Galapagos where he oversaw the company’s discovery portfolio, therapeutic area strategy in research and its translational research activities related to early development projects. Under his leadership, the company developed deep portfolios focused on immune-inflammatory, fibrotic and renal diseases. With his team, he particularly supported the research and translational activities around Filgotinib and Ziritaxestat. Before this, as an early joiner, Reginald contributed to building Galapagos’ drug discovery engine heading several departments across the 3 discovery sites and as member of steering committees overviewing strategic Alliances with, e.g. GSK, Janssen, Servier and Morphosys. Prior to this, Reginald was a post-doctoral researcher at the Janssen Research Foundation focusing on the pharmacology of GPCRs. He received a Master in Applied Biological Sciences from the Katholieke University of Leuven and his PhD research at the University Hospital in Leuven was dedicated to studying the regulation of inflammatory responses.